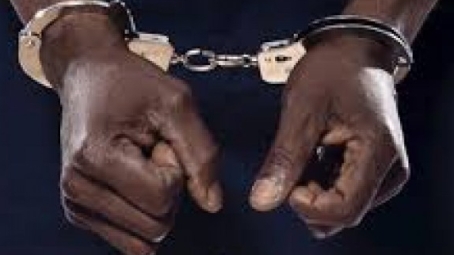 The Qur’an refers to “freeing a neck” (the literal Arabic language) as a steep, difficult path that is the path of righteousness.

It’s not an easy path. Perhaps because it means going against our notions of freedom and authority. Perhaps because it means we must stand up against authorities we have been socialized to obey. Many translators have explained that the “neck” mentioned is the neck of a slave, but some have explained that the neck can be that of a person who is enslaved or captive or imprisoned in some way.

When I was young, I used to read such verses as Surah al-Balad: 13, and used to tell myself, “That is not applicable to us anymore, because we have no captives and slaves anymore!” 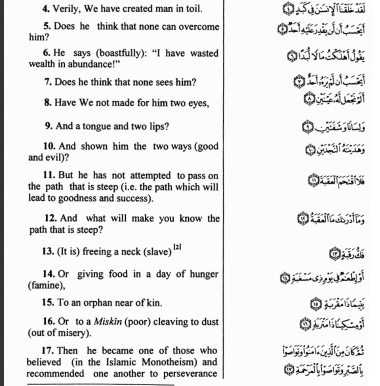 Socialized by Law and Order and a militaristic nationalism, with an internalized attachment to the authoritarian vision of the state, I grew up thinking of incarcerated persons as victims of their own actions. As I grew older, and saw more of life, I learned that the prison industrial complex was not the only way for society to organize itself and that it was in fact a destructive, divisive hierarchical framework for the powerful to dominate the powerless.

When I first came across the Believers Bailout Project, I thought it would probably seem to most Muslims like a charitable endeavor for commies. It would seem more a politically leftist campaign than an actual religious endeavor. But if we learn more about the nature of mass incarceration in the United States, the law enforcement war on Blacks, Latinx, Muslims, and the poor, the social reproduction of inequality, we see that this is not an optional activity, or a project for political people. It is a movement against systemic oppression and fitnah.

It is part of a movement against oppression. And we need systemic action to dismantle oppression too.

This is the freeing of necks from captivity. It is as important today as it was when the Qur’an was revealed. As the Believers Bailout Project website says:

Black people are twice as likely to be held pretrial as white people and Muslims in pretrial detention face an increased risk of victimization, surveillance and denial of religious freedom in the prison system due to anti-Muslim racism (Islamophobia).

While the criminal legal system proclaims the principle of “innocent before proven guilty,” the reality is that people who have not been convicted of any crime can be jailed indefinitely because they are poor and unable to pay bond. In addition to being jailed without a conviction, while in pretrial incarceration they can lose their jobs, their children, their homes, and even their lives.- Believers Bailout Project website

Please visit the website, watch the video about the bail trap, download the toolkit for details, and if you are able, donate to free those who are captive, as the Qur’an calls upon us to do.

And to continue my reflections on public speaking faces, let us now move to the Q&A part of the presentation: 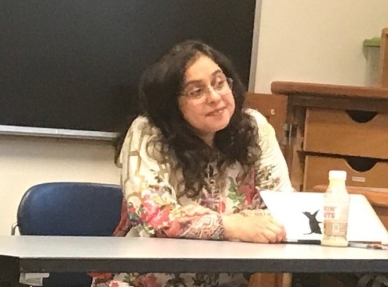 “I know all things, but my smug Dumbledore stare down my spectacles and my head tilt allows with some surprise that you are making some good points:”

“Some very good points in fact, as my raised eyebrows attest, and the fact that I have abandoned the head tilt to the chin-raise.”

Every time I present a conference paper or deliver a public lecture, I’m full of hope that it will yield a decent profile picture for social media and professional bios. It will be something distinguished, and will demonstrate my marketability and poise. I will smile gently but powerfully, or cast a radical glare to the right of the camera, and point, or karate-chop my hand to demonstrate the meaning of the universe.

At a recent conference presentation, for a change, I had a friend in the audience who took numerous photos of me. So, they were numerous, and nobody else can be blamed. And I present here some of the disturbing faces of my scholarly persona, mid-paper.

Second:  Well, I have no idea what there is to be this frightened about in campus culture, apart from alcohol culture and hazing.

I mean, what could you possibly say with that face except the building is burning down, run for your lives? Or possibly, guys, this powerpoint was thrown together last minute, and the constipation is what’s really on my mind.

Also, I will never be able to look at this picture without internally screaming: flip the damn name tag around!

And third: ladies and gents, I rest my case like a smug scholarly Santa Claus. This is the best I’ve got.

Note too, that people dress to look slimmer than they are. I do the opposite. I actually am slimmer than I look here. It’s a magic trick.

Here, the wonderful interpreter and I are really getting down. I’m going contemporary Bollywood, plus song, and she’s clearly going silent Bharatanatyam. 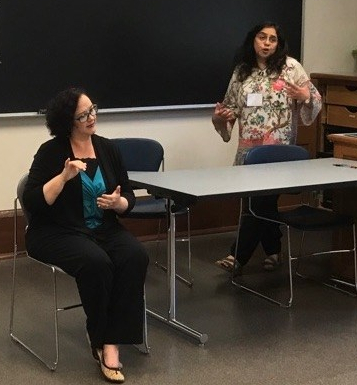 In my family, I wander the halls like a troubled spirit, 👻 picking up socks, clearing away bits of paper, and lobbing out tasks into the void with little hope of a response:

‘Please put these books away.’ ‘Can you move your underwear from the dining table to your dresser?’

Sometimes, the more skilled players silence me with “I’ll do it later” (which really means “I won’t do it, but I won’t say that I won’t do it, which means you can’t get mad”).

I lob my tasks out there, hoping to play Catch.

Instead I find my family perpetually playing Dodgeball with my lobbed tasks. I’m playing one game, they’re playing another.

What game does your family play?

I want to understand how this happens. A shutterstock video of Sad Muslim Woman Smoking a Cigarette. Who orders this? Who is the Muslim woman who performs Muslim womanness smoking a cigarette? How does she do it?

Oh wait, they’ve got it covered.

Who is the consumer for this material? Who’s paying $79 for this short video? And what’s this (White?) woman earning?

Ramzan Mubarak. Ramadan Kareem. Have a blessed Ramadan. Hearts are still aching from our grief for Gaza. But we are preparing to be immersed in worshipful hunger and thirst that enlightens the body and heart. For my part, I aspire to a Ramzan of the able-bodied, but I bow my head to the Beloved and am grateful for whatever kind of Ramzan I have.

Much of my Ramzan is a memory of glorious nights under the stars in Islamabad and in London, darting from bodily trial to spiritual high, – with little thought or care (compared to now) for whether I was getting the sleep or rest that I needed. Then, I had no thought about whether I’d prepared a livable day for others, as I now do for the family that depends on me. If I spent the night at taraweeh prayer, I could just sleep the next day. If I was grumpy the next day, I didn’t have to worry that my irritability would affect a child. If I didn’t get enough to eat, I could make up for it the next day.
Those memories color my Ramzan today. It’s a different Ramzan. It’s still beautiful, just as I at 50 am still beautiful, but not the way I was at 22.
Ramzan mubarak.
May your Ramzan be enriched with blessings. May your Ramzan be showered with Love of the One in ways you never could predict or plan.
May 9, 2018May 9, 2018 Shabana Mir 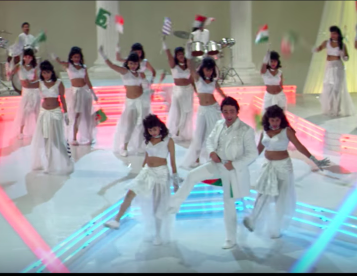 سوچیں کہ تمہیں پیار کریں کہ نہیں
When you’re looking for some tacky kitsch, 1990s Bollywood will not disappoint. Rishi’s sweaters in Deewana alone will satisfy your appetite. This dance number, for instance … Lord, my eyes 👁 The outfits, the moves, the facial expressions, Rishi’s fondling of his guitar – are all perfectly attuned to a present-day seeker of kitsch. Also, why are the backup dancers inexplicably waving international flags for a love-song? (Pakistan is among the flags. Was there a political thaw at the time, I wonder?) Shahrukh’s manic facial expressions, electric blue suits, and frantic dancing travel much better to the present day with an ironic cast.
In the 1990s, I didn’t watch any movies: I was spiritually de-toxing because I’d decided that لغو (evil/vain talk/material) encompassed popular entertainment. Well, it does, mostly (have you watched Childish Gambino’s This Is America and considered the role of popular entertainment in blocking serious consideration of life and death issues). I mostly lived a nomadic life in bare, no-TV hostels. So by choice and by circumstance, I had a no-crappy-pop-culture period in the 90s.
I should really bring it back. Instead, I am meeting 1990s Bollywood in the 2010s. This is probably not fair to the 1990s.
I first met my Sufi shaikh in the 1990s. So at that time every Bollywood love song I heard in Islamabad in the bus or the street was about the Beloved. And the songs weren’t bad. But watching the actual song videos really is somewhat upsetting. 🤢🤕
May 5, 2018May 5, 2018 Shabana Mir

Yes, shrug, I have a lot of feelings.
I’ve always been told: “Don’t be like this.”
As I wept for the unknown sorrows of the world, I remember my mother looking upon me, strong, calm, rational, afraid: “Don’t be like that.” She was afraid for me, for my heart in this world, where a heart that feels too much is at risk forever.
“Don’t be like that,” they said.
Yes, sometimes my heart bursts for grief I cannot name, for the sorrows of hearts in the universe, for the parting that never ends, for the unknowable sadness in my heart but also in yours.
Sometimes I feel like sensitive radio equipment, picking up frequencies though I don’t know what they are.
And then I am told I feel too much, as if that was bad or wrong.
Look around you.
Or close your eyes and open your hearts.
You feel too little.
You weep too little.
You rage too little.
You shut your eyes and will not see the tears, the horrors, the sorrows.
I open my eyes, I see them, I embrace them, I let them into my heart.
I feel.
May 1, 2018 Shabana Mir 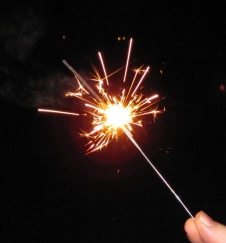 I get every single bit of news about what Trump ate or said, bomb blasts worldwide, celebrity gossip, everything … But somehow I saw no mention in all my very Muslim social media to warn me that the night of the 15th of Sha’ban was coming.

And now it’s gone. Yet another sacred opportunity missed.

This is one more opportunity for me to nostalgically recall how in Pakistan it’d be impossible for me to miss the 15th night of sha’ban, or Shab-e-miraj, or the 12th of Rabiulawwal.

These are the moments when a person wonders about how global forces shape immigration, and how immigration trajectories change our lives, and how I could have been spending my evening and night praying instead of watching L.A. to Vegas.