September 1996. This is me (on the left), a brand new foreign student in Amreeka, about 22 years ago. My cousin (on the right) dug up this photo from that Labor Day. 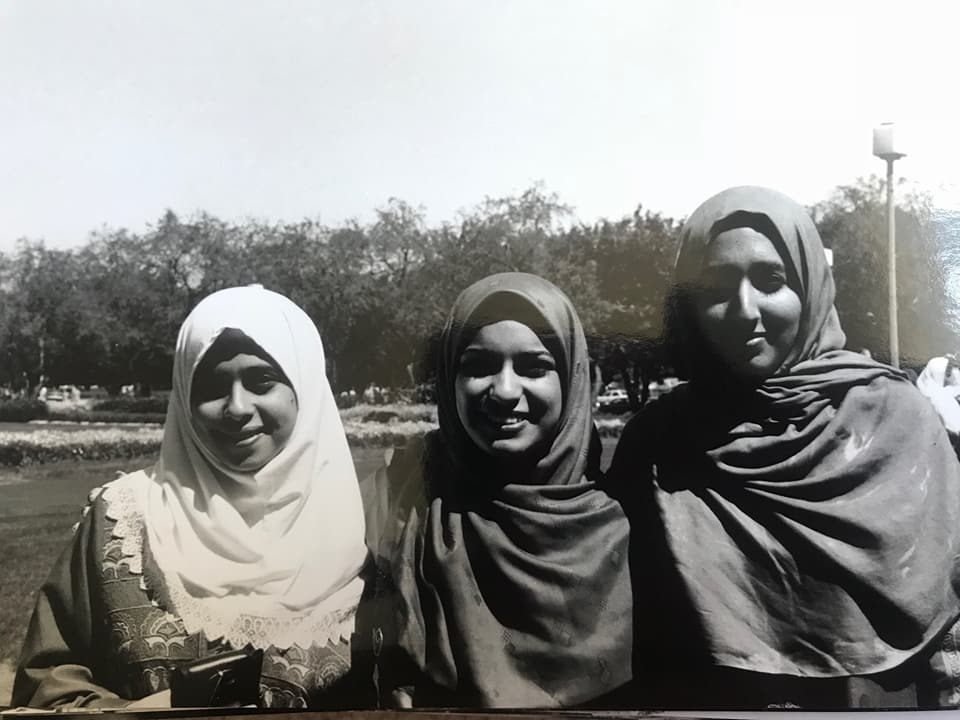 See how hungry I look? I’m all crowded facial features. I was in Chicago for the Islamic Society of North American annual convention in 1996, days after flying into O’Hare from London to join the PhD program at Indiana University. I’d been accepted by the program a year earlier, but deferred because I had no money for tuition.

So I bided my time, worked part-time, editing, translating, and managing a Muslim women’s hostel in Brondesbury Park, London, and spending and eating only as much as I had to. I’d just earned an M.Phil at Cambridge University, and wondered if that was the end of my journey. Would I ever get a PhD? Would I ever get a real job? (I should have asked, where will that real job lead me?)

In August, I got notification about a fellowship at IU (thanks to Bob Arnove’s advocacy). I flew over on a cheap ATA flight. I’d packed a single suitcase with a few nice clothes from Bond Street. They were too formal, it turned out, for America; a PhD classmate described me as exemplary for the jeans-and-t-shirt crowd, but that really just meant I stuck out like a sore thumb, attending an afternoon class in my long skirt from Dorothy Perkins and a moleskin jacket.

I’d yearned to find a home in this new Muslim community. That weekend, I felt adrift. The ISNA convention was sensory overload, and though surrounded by the Muslim American community, I felt terribly alone, because everyone I knew was busy enjoying the convention. I felt more foreign than ever, and really nervous about this new journey. If you look at my fake smile, you’ll see how sad and scared I was.