If you watch comedies about minoritized people, people with disabilities and illnesses, etc. you might imagine that these people get away with everything in the workplace because their colleagues and bosses feel so guilty and are so afraid of litigation, ha ha.

Not true. We need ADA particularly because people with disabilities and chronic illness are vulnerable to workplace discrimination. They are not often accommodated despite serious and debilitating conditions, and they are shamed as well as low- and high-key threatened with generally legal financial and career-ending consequences.

Much of what happens to these individuals happens under cover of secrecy because they are afraid and ashamed of how they are treated, and that they are – in this land of rugged individualism – unable to “get over it” and “not ask for special treatment.”

If you work with someone like this, or know someone like this, be an ally for that person. I have met many well-intentioned people in the course of my career who ally themselves by word and deed with the status quo against the disabled and sick. And they still believe they are doing the right thing. It is sad to watch.

Saudi Arabia has granted women permission to drive. On this occasion, I wish to center and congratulate Saudi women activists. On this occasion, I do not wish to center my own ironic commentary on how it is 2017, women wear abayas in Saudi Arabia, and that they only just got permission to drive. This is their triumph, and they will, inshaallah, continue to gain victories from the control of the nation-state. Inshaallah, the male guardianship system will also fall. As for abayas, they are not really relevant to the discussion.

And for those who imagine Saudi women to be helpless victims of the driving ban, check out Hind Makki’s words here: 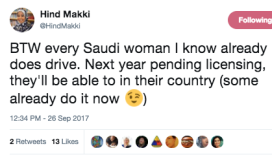 For Westerners – including many Muslims – who take this opportunity to smirk at this “small” progress, I wish to remind them that they are residents and members of a global patriarchy, a home that continues to be violent for women in their private homes as well as public spaces. Women continue to be beaten, murdered, and raped – yes, in 2017 – in large numbers in the heart of Western liberty.

In 2017 campus rape victims have been dealt a “huge blow,” right here in the United States.  Women are further disadvantaged when they wish to seek justice for sexual violence as Trump’s Education Secretary Betsy DeVos has rolled back Obama-era guidelines on Title IX, so that now schools can seek a higher level of evidence for sexual misconduct, leaving victims in the trash. This just happened this week. Yes, September 2017. The American government, an American woman kicked rape victims in the gut. 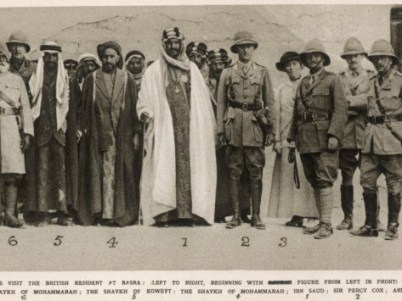 Also, dear Western rescuers of Muslim women, allow us to remind you of the historic role of Western imperialists in picking and putting in place the present dynasties of the Middle East, as well as the carving out of multiple nation-states in that region. Thanks so much for that.

Not to mention recent Western adventures that have destroyed Middle Eastern stability and pushed millions of people into penury and homelessness. Guess what happens to women when they are refugees and homeless, and when men are killed by thousands in war. Wait, you already know, judging by the war on black men in this country.

But Muslim women are continuing to fight on multiple fronts, in spite of Western militaristic adventures in Afghanistan, Iraq, Yemen, Palestine, and Pakistan, in spite of a global epidemic of Islamophobia which hurts and destroys Muslim women also. We continue to wrest victories from patriarchy and from empire of many hues. We will continue. 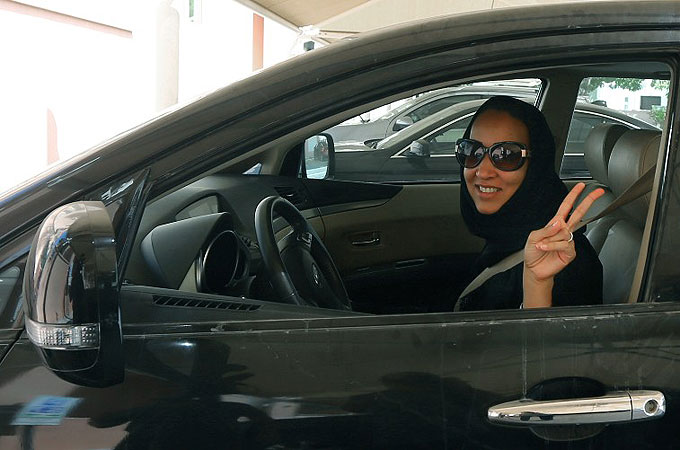